Boots from St. Ulrich and Afra

The boots from St. Ulrich and Afra are one of the rare shoe finds of the early middle ages. According to the find report they were entirely made of soft sheep leather, sole included. There is no indication of the method used to determine the type of leather. However, sheep and goat leather reportedly are not easily determinable in finds, so we cannot rule out goat leather altogether.

The boot appears to be made of a large one part upper with a longish insert at the back of the shaft. This causes a number of large folds to appear at the instep when worn and indeed pictures of the original seem to confirm this. In terms of construction the boot apparently was built using the turnshoe technique.

It also bore long leather strips that were wrapped around the shaft and will have kept the boot tight to the leg.

The report states that these strips only started above the ankle but a closer look at the originals revealed a series of thread holes running at an angle along on end of a surviving strip. Although perhaps not conclusive I based the attachment of these leather strips at the sides of the vamp where it joins the sole on this piece of evidence. As such it could be argued to run in the tradition of earlier boots of the Roman era (e.g. calceus senatorius). 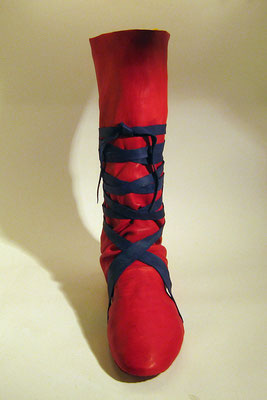 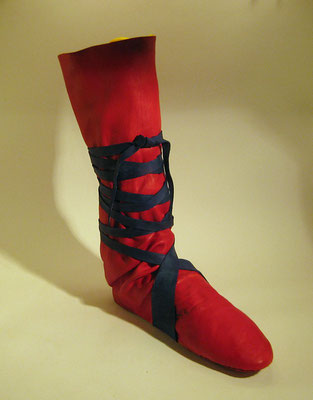 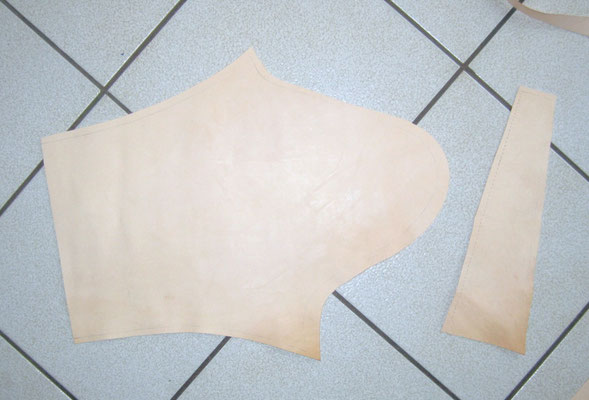 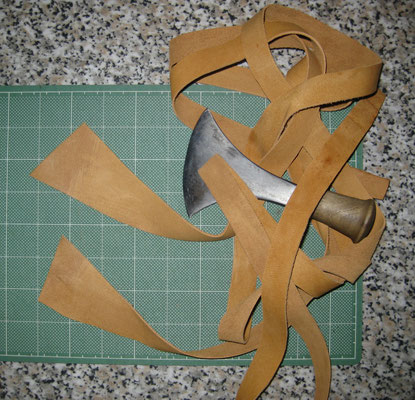 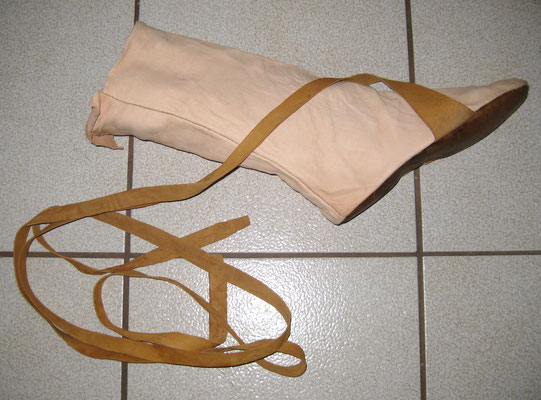 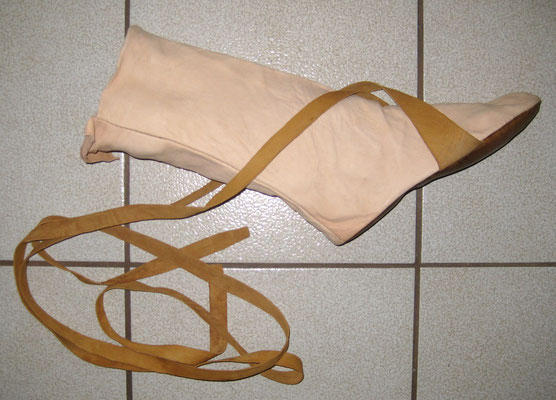 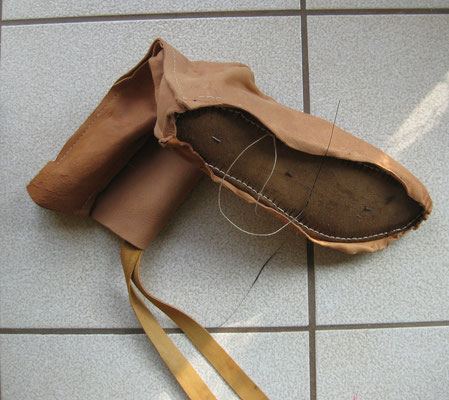 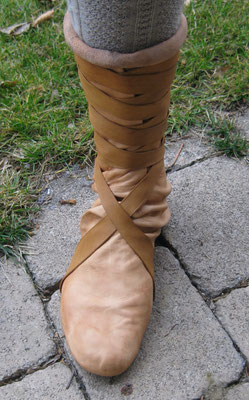 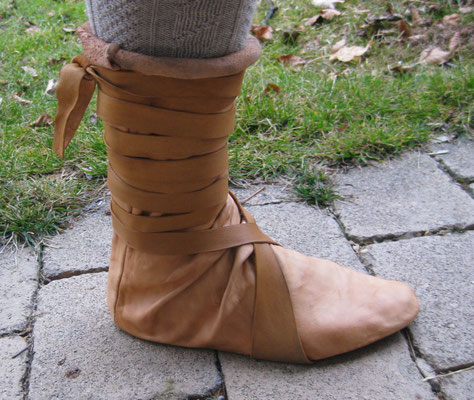 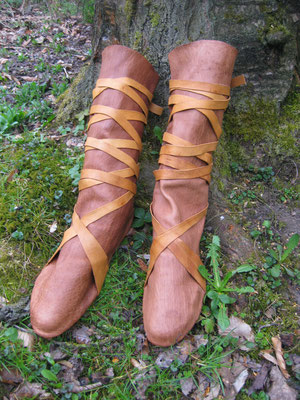