York Style 4A1 - Ankle Shoe with Toggle Fastening from York

Ankle shoes with toggle fastening apparently  were in use for about 200 years, from around 850 to 1050 AD. The shoe reconstructed here fastens with a single flap and toggle. The majority of the finds of this type from York are dated to ca. 930 - 975 AD.

This turnshoe is made of a one piece upper, stitched to a sole with a triangular heel extension that is typical for this type. The upper is calf, the sole cow leather. It employs a tunnel stitch construction except for the area of the v-shaped heel extension of the sole, which is done with a flesh/edge stitch.

As the two holes at the seat and the tread of the original sole shows the shoe was made on a last.

The upper edge of the shoe shows traces of stitching but no indication of a top band remains, which is why I decided to go for a simple whip stitch decoration. 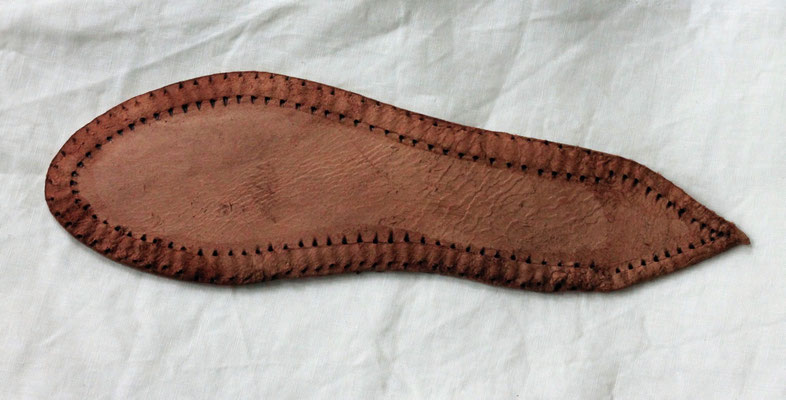 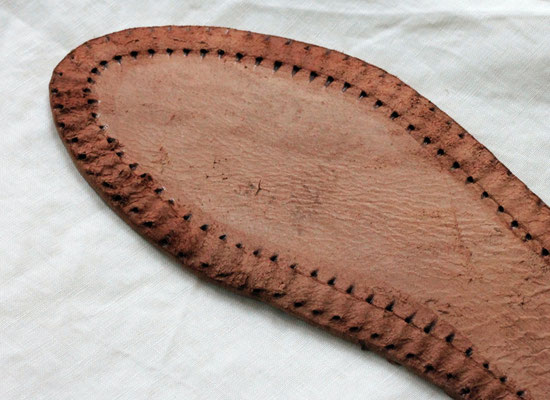 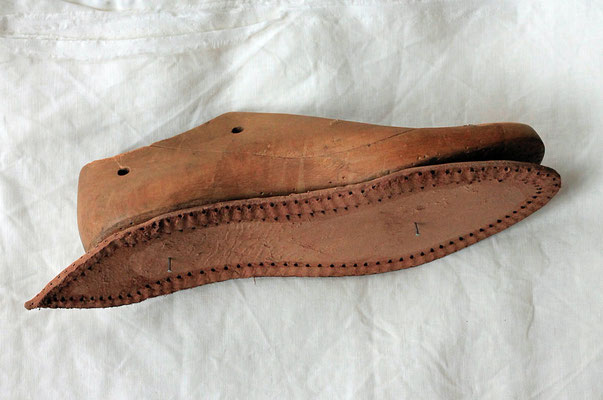 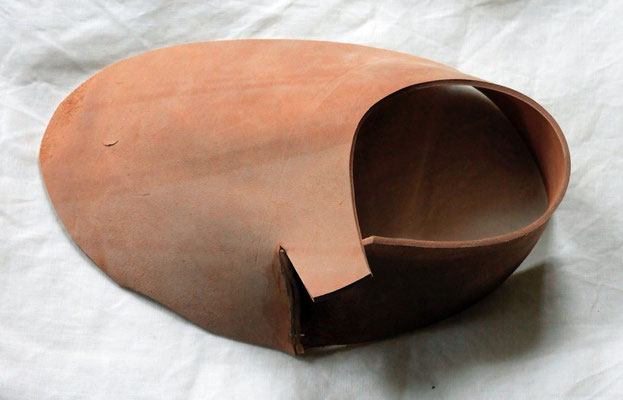 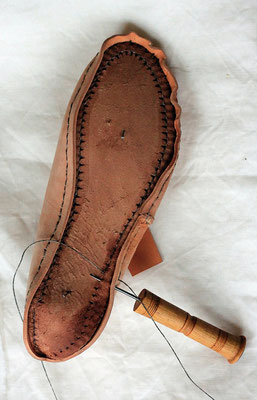 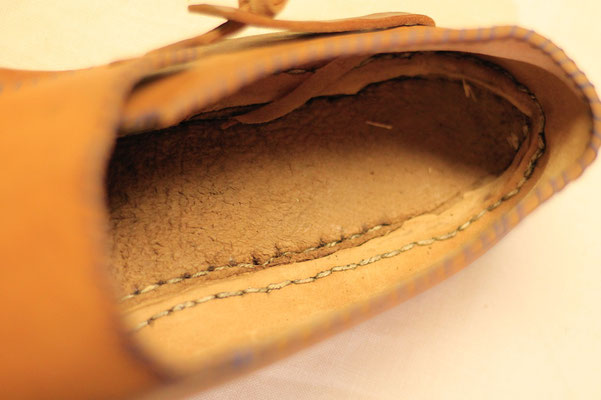 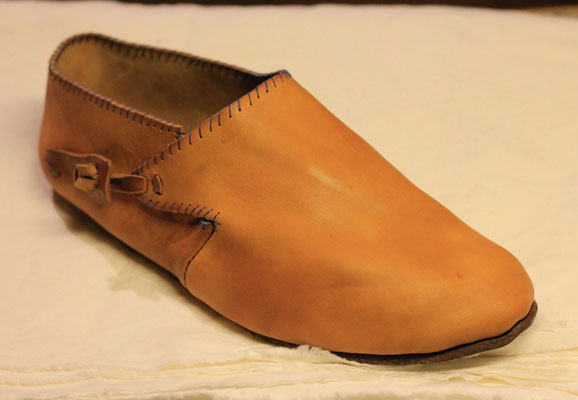 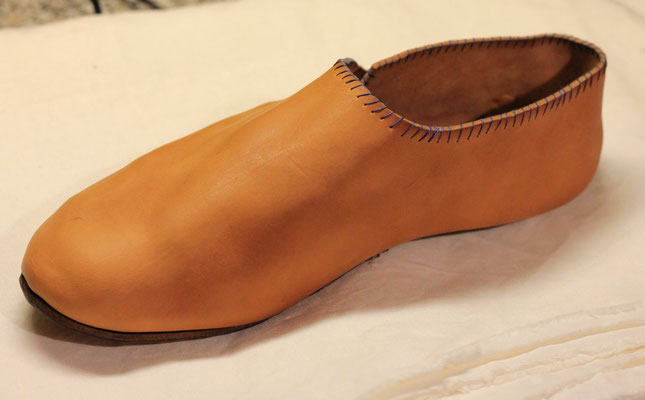 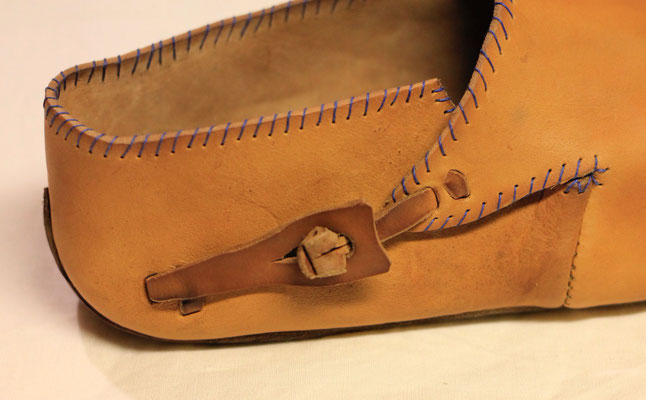 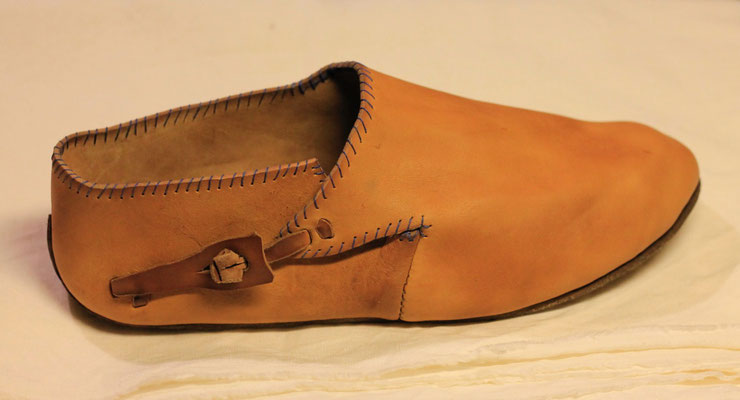 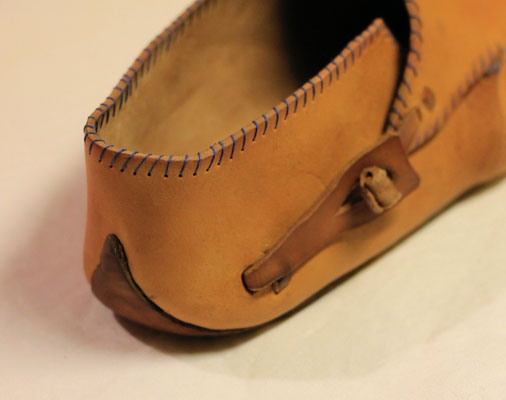