Like the 1750's ladies' shoe this shoe is not built after one particular original but rather tries to capture the character of typical mid 18th century men's shoes.

The style is mid 18th century, flesh side out. The sole is sewn on all around, with the front 3/4 welted while the heel area employs a rand for attaching the outer sole. The heel is built up of a heel wedge and 4 layers of leather, wood-pegged to the sole.

I have blackened the shoe as it was common at the time. The first run was done with modern oil based leather dye, which after one go left a slightly redish tinge in some places. Rather than doing another dyeing run, I decided to try and use a period shoe blackening ("black ball") which Colonial Williamsburg thankfully blogged about (unfortunately no longer accessible). I altered it a bit, using beef instead of mutton suet (or tallow) and lamp black instead of bone black. Seems to work pretty well as far as I can judge at the moment, deepening the color and smoothing the surface of the flesh side. You can see the difference in one of the pictures below that shows the shoe from above. The left side has the polish applied, the right not yet. 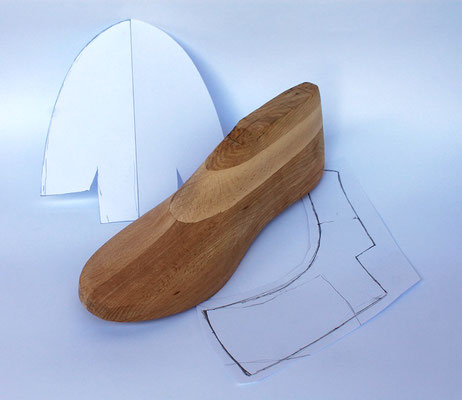 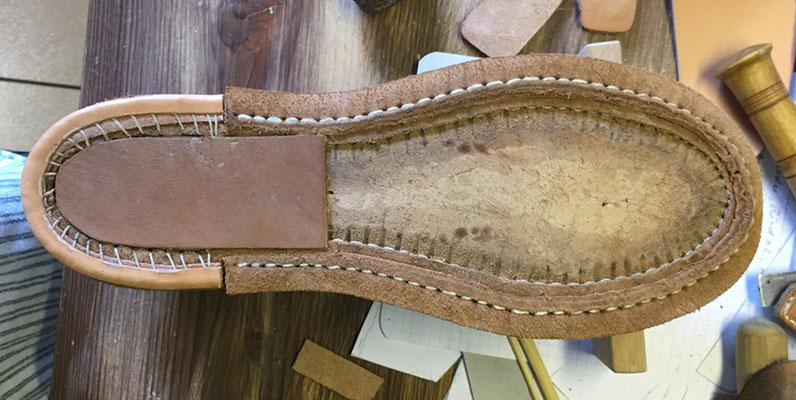 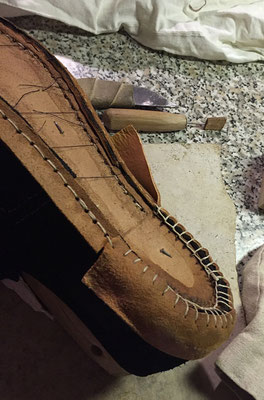 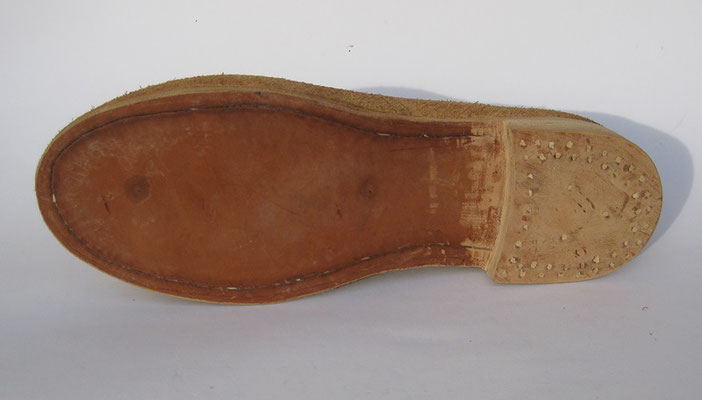 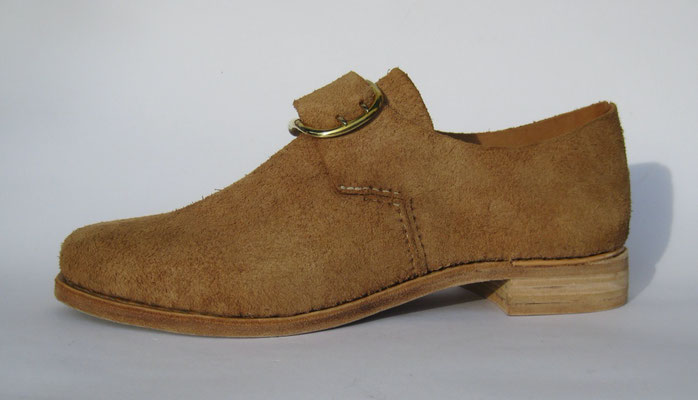 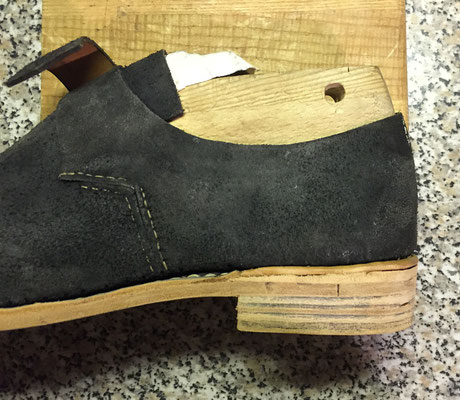 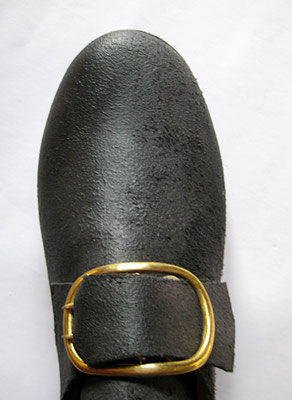 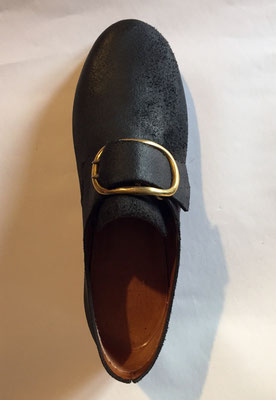 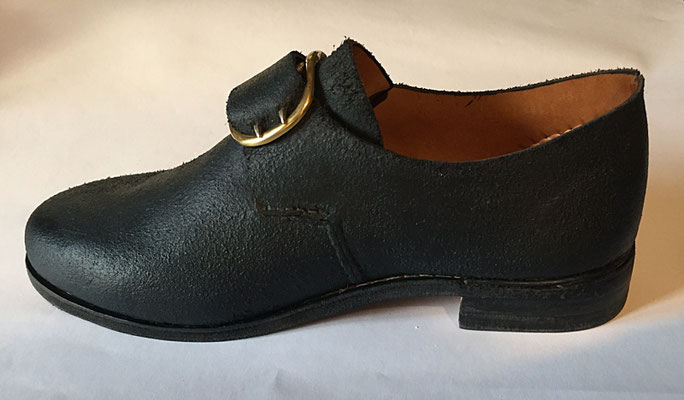 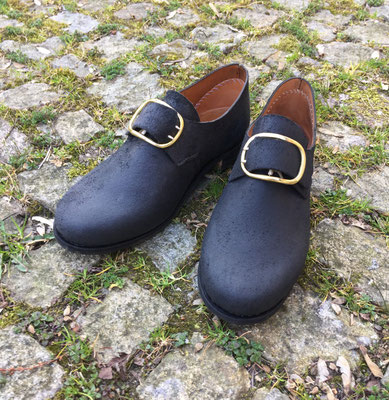 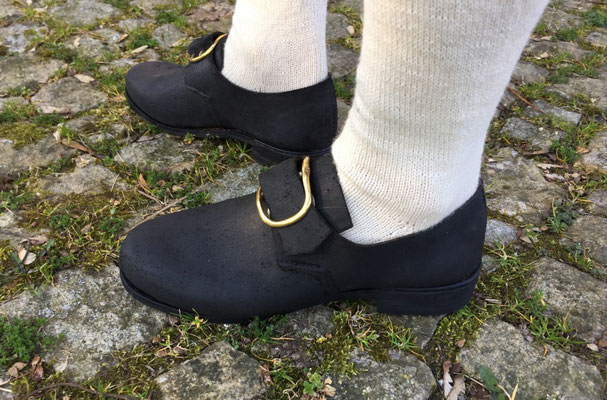