Unfortunately there is little information available about this campagus. In its characteristics it is certainly close to the campagi from Deurne both in form and construction. The original, which is in the National History and Arts Museum in Luxembourg, actually is a child's shoe, only about 12 cm long and dated to the first half of the 4th cent. AD.

As generally shoe design was rather unspecific to age and gender in the Roman period, I chose to build this shoe in adult size. From what I could make out of the pictures of the original it is made of two pieces of leather, the main part of the shoe and the - by comparison small - toe cap upper. Even so there is hardly a difference to the Deurne campagi, where the toe cap upper is cut out with the rest of the shoe, but still need to be sewn on for the most part in order to close the front part of the shoe.

The strap for fastening the shoe to the foot is also integral to the pattern. This design feature seems to become commonplace in the 3rd cent. AD already, as can be witnessed in the Eyelet Boots so typical for that era.

It is also quite interesting to compare the appearance of this shoe with those depicted on some of the mosaics from Ravenna, dating from the 5th to the 7th centuries AD. The similarity is quite striking IMHO. 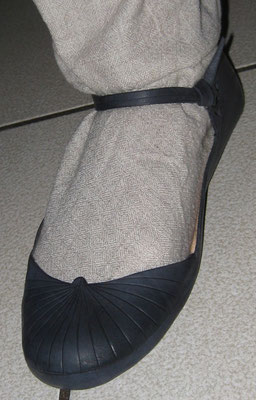 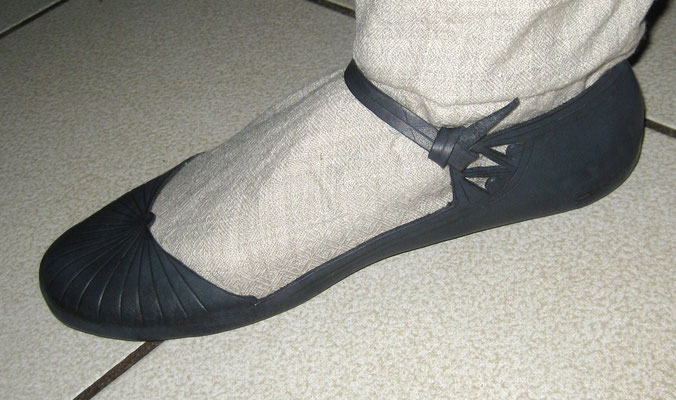 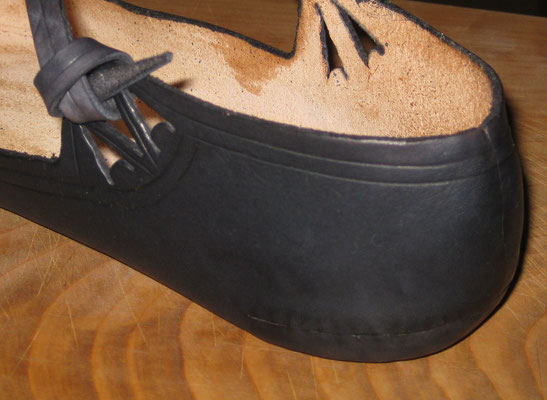 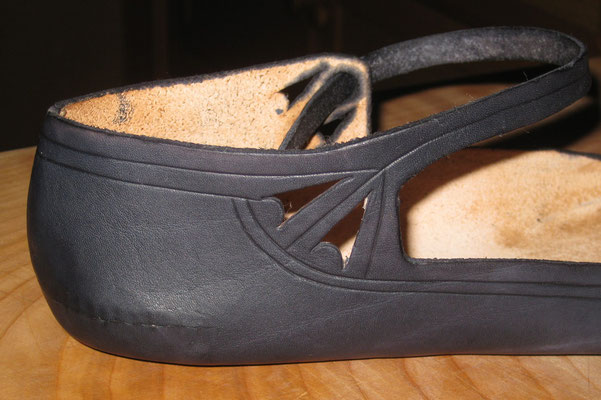 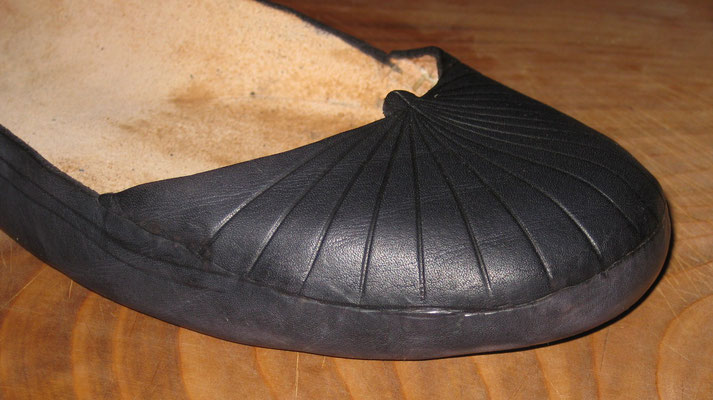 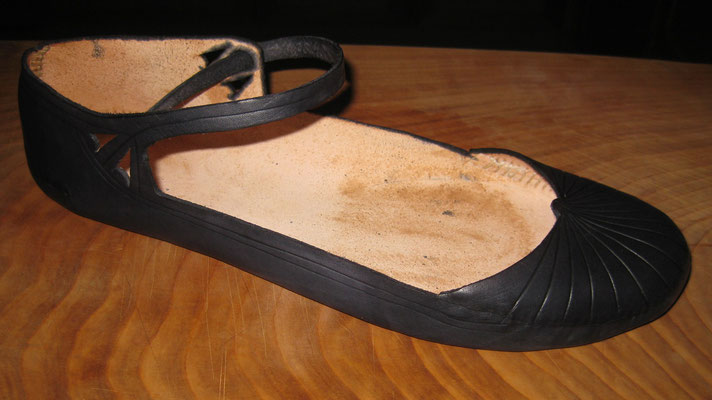 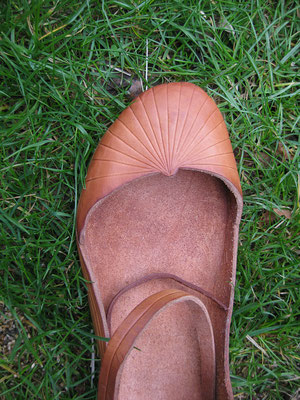 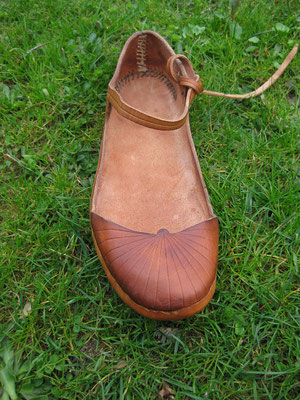 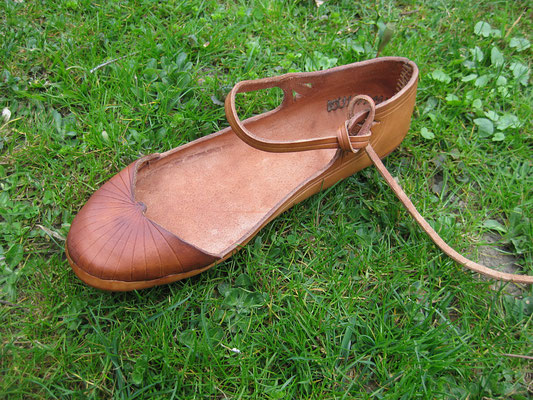 Here a variant with separate and hobnailed outer sole: 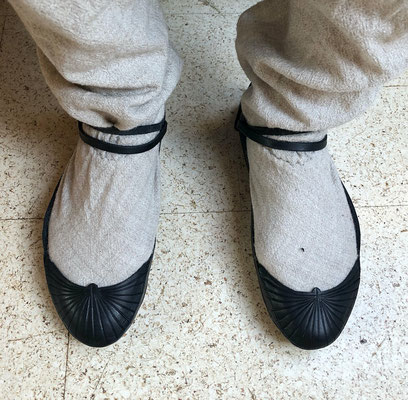 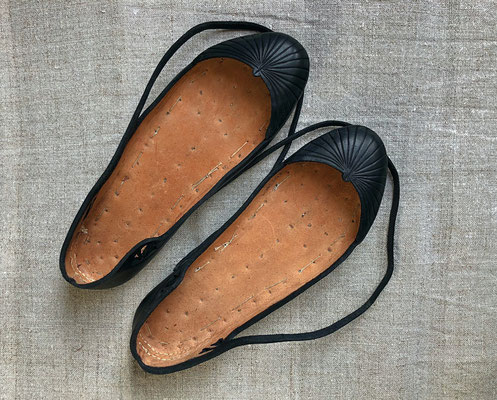 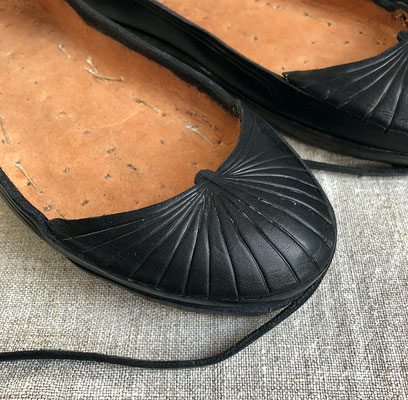 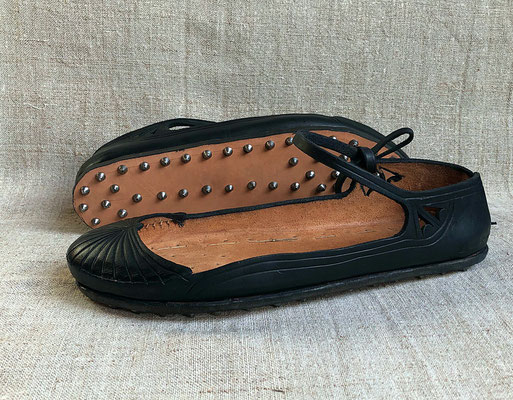 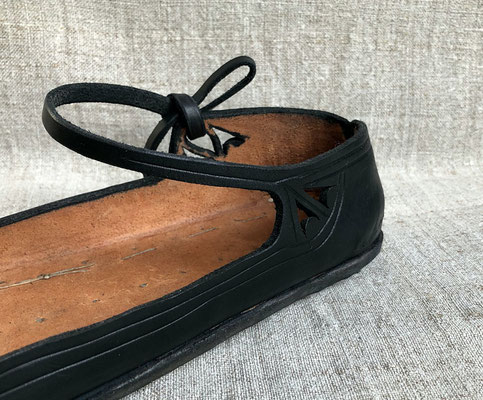 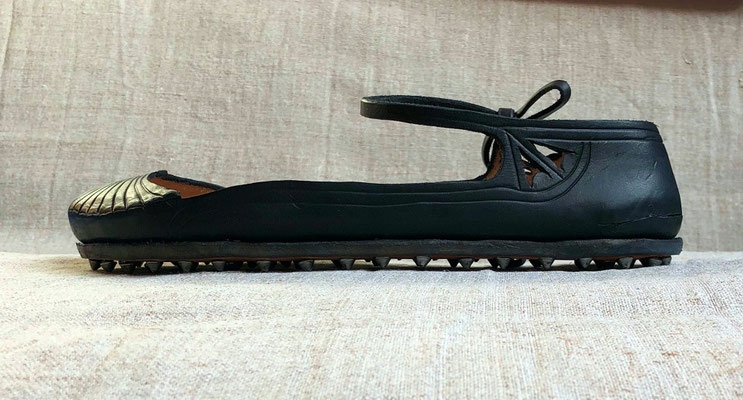