A little bag from an article from Vindonissa. According to the authors it was most likely used as a bag/container for writing tablets, and sizewise it fits nicely for some of the tablets found in Vindonissa it seems.

If it had some means of carrying, this is lost and can only have been attached at the now missing side panels. It is however also conceivable that it was used as a container per se and meant to be carried in another, bigger bag.

Interestingly, there is an almost identical pice of leather that was found in Vindolanda and first identified as a piece of horse or saddle gear by van Driel-Murray, but she now apparently is of the same opinion as the authors of the Vindonissa article. 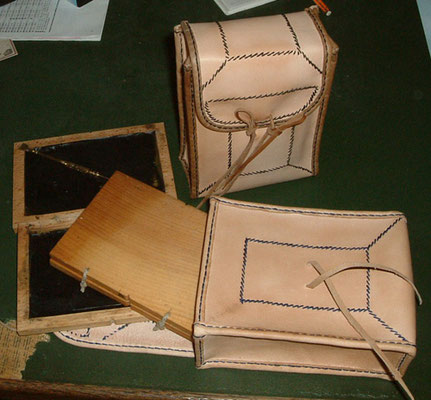 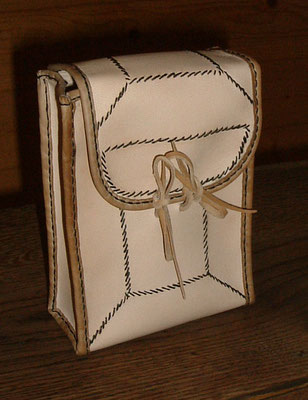 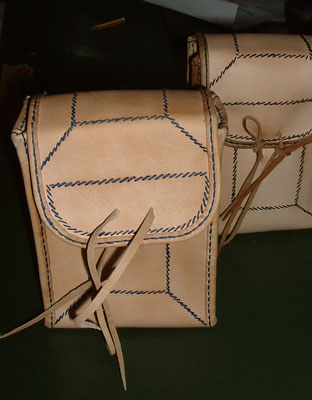 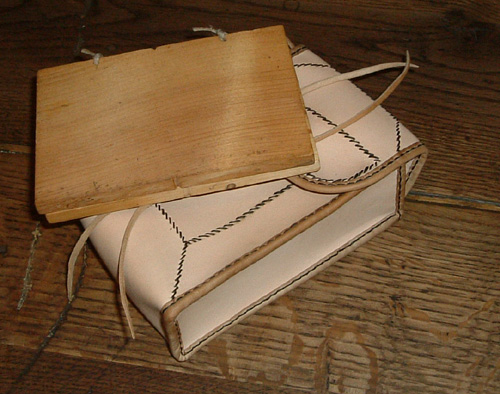 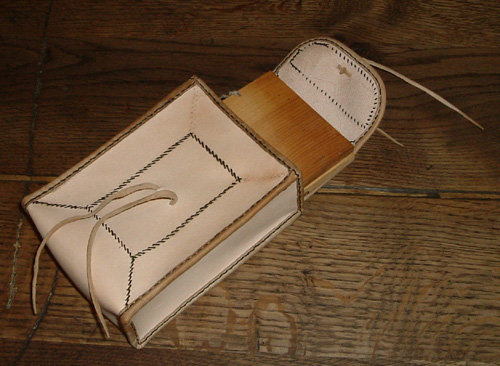