This shoe is made after a late 15th century find from Deventer in the Netherlands. It is a turnshoe with rand where that rand is used to attach a second outer sole as later done with a welt. The shoe is closed with a simple slit and knot pair of laces. I slightly overstepped the allowable degree of rigidness of the actual turnshoe sole which made it come out a bit awkwardly in some places after turning. Of course this is totally unnecessary when planning for an extra sole from the start. But good to know. The idea of using a rand to attach an extra and more lasting outer sole to a shoe came to shoemakers some time in the 15th century after thoroughly pondering the problem of the short lifecycle of normal turnshoes for a couple hundred years. By comparison it took next to no time from there to the arrival of more or less modern ideas about shoemaking  ... :-)
Apart from the overall appearance the detail pictures show the closing with slit and knot and the interior layering of the turned heel area, including rand, heel stiffener and the piecing that is quite often seen to get the most out of one's leather. 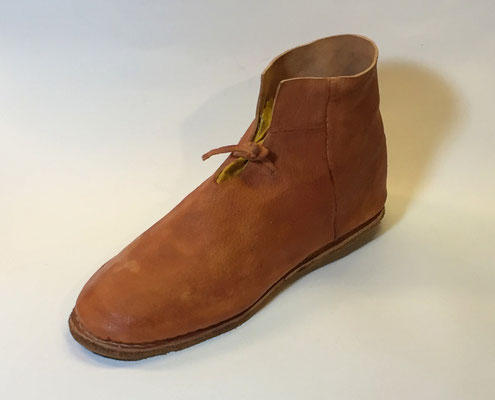 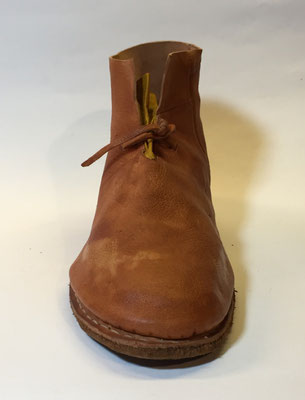 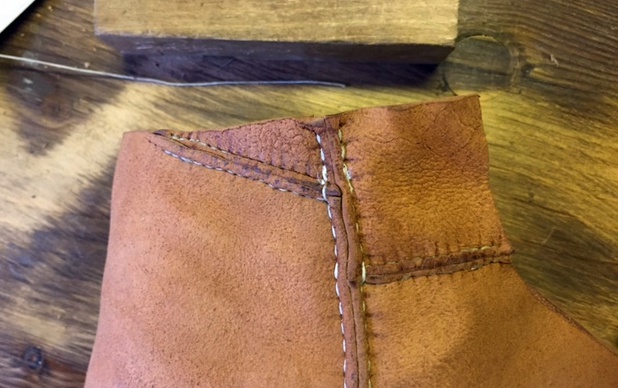 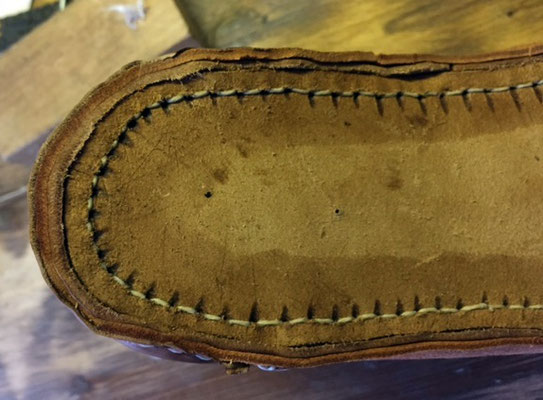 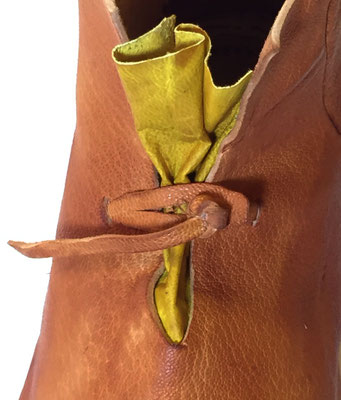 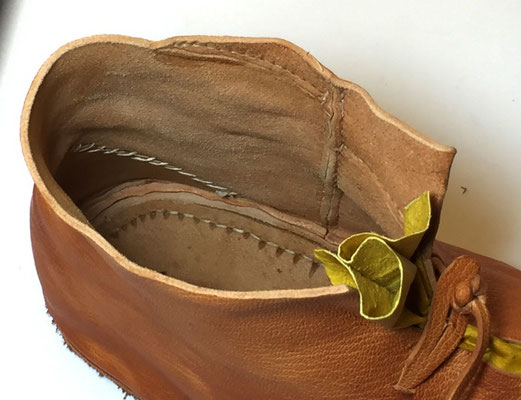