Pouch from the Cave of Letters in Israel

This is the smallest of the three pouches found in the Cave of Letters in the 1960s by Y. Yadin. Interestingly it does not have any means of closing it fast, nor any kind of handle or carrying strap. This may imply that it was typically carried in a larger bag or in a sash of some sort. The colouring (except for the sewing thread of which there is no mention in the text) follows the original find, i.e. a red drop-shaped application on the front and red side panels with brown body. The pouch dates to the first half of 2nd cent. AD. When found, it contained a bundle of legal documents from a Jewish woman called Babata, which were dated in the 120/30s AD. The latest one is from Aug. 19, 132. The bag was deposited in the cave at the end of the 2nd Jewish revolt 132-135 AD. 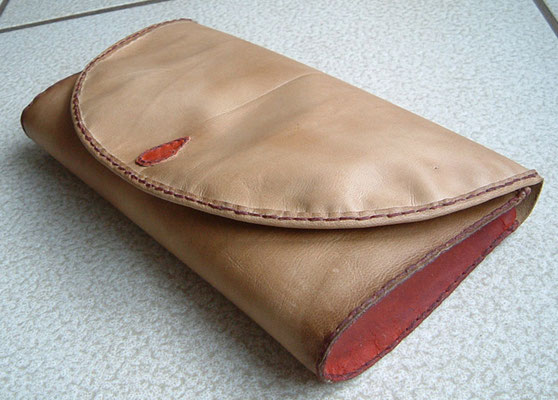 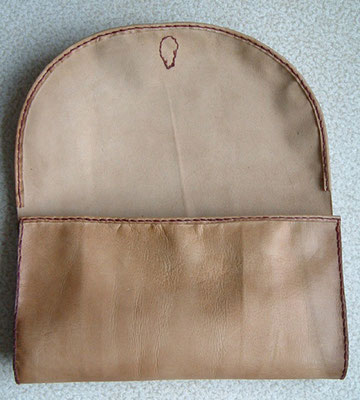 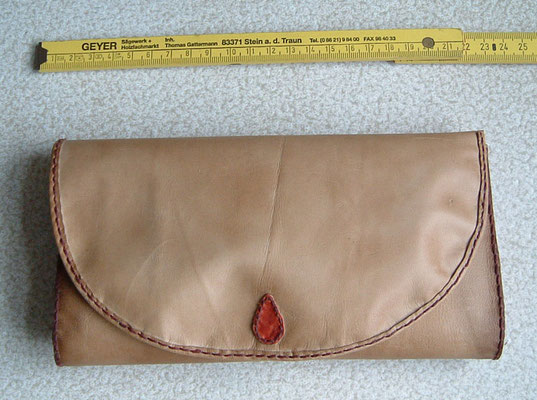