This shoe comes from excavations conducted in the Bishophill and Skeldergate areas of York. It was found in a well that was backfilled in the 4th century together with other shoes.

The shoe is dated to the last quarter of the 3rd - 1st quarter of the 4th century AD. The design is a nice example of the evolution of what probably was the most typical shoe type of the 3rd century, reducing the number of lace holes to one pair and cut way lower. You can already anticipate the very low-cut, almost ballerina-like shoe styles that would follow later on. The tie loops get a backing layer for strength. The shoes are almost without decoration, apart from the single impressed line and the cut outs beneath the tie loops. 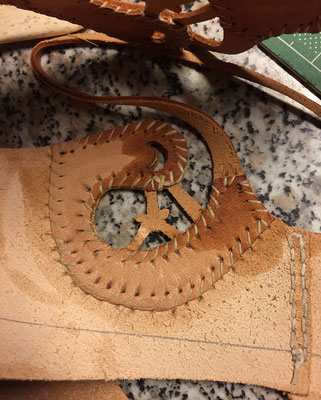 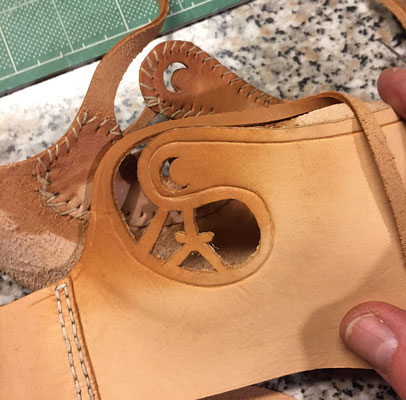 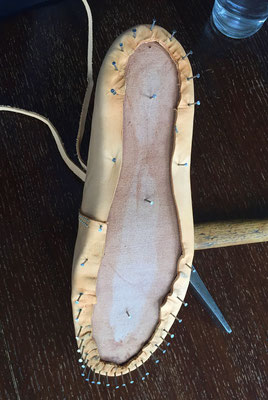 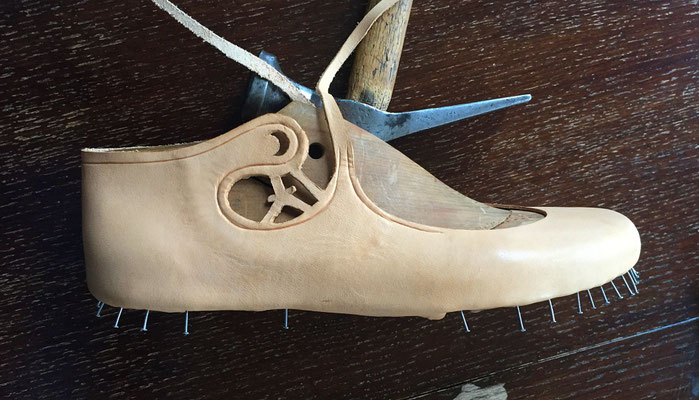 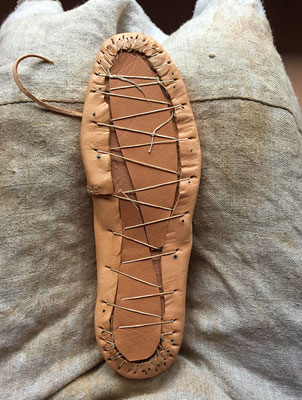 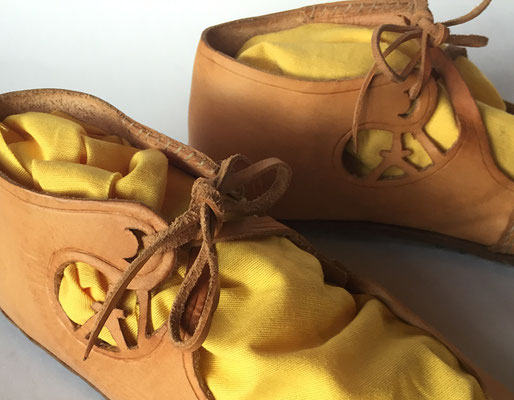 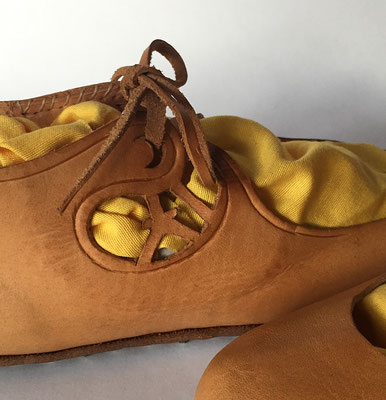 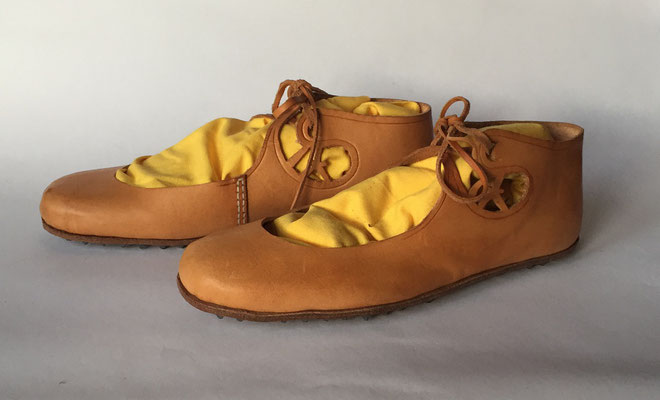 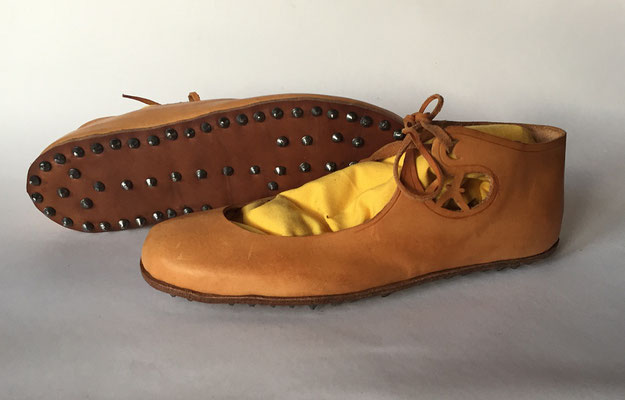