As the 5th/6th century is very poor on finds, this pair is based on several shoes from antiquity. The overall appearance/cutting pattern of the upper is known from several finds from Antinoe (also kow as Antinoupolis) in Egypt, classified by Véronique Montembault as Classe V, Type B. The dating of these finds is vague unfortunately - mostly they come from excavations of the late 19th/early 20th century - but there are similarities to some of the shoes shown on the Probianus diptych, especially the Classe V, Type A. It is also from a Type A find, from Antinoe as well that I have taken the decoration of the upper. These shoes were done in turnshoe fashion, but since I was asked to build this pair with nailed soles, I executed them in the technique used with earlier Roman shoes of that kind. The nailing pattern, finally, comes from the 4th century Skeldergate finds from York and is more widely interspaced than what is commonly seen on shoes or previous centuries. 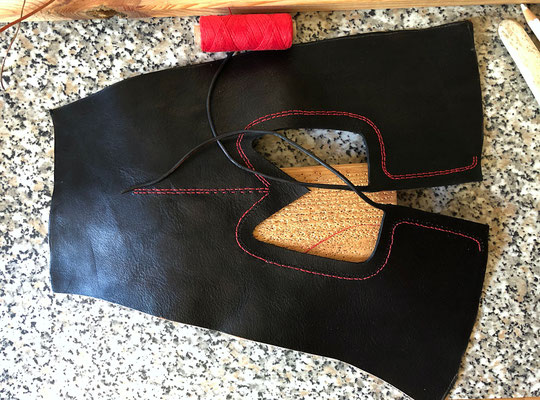 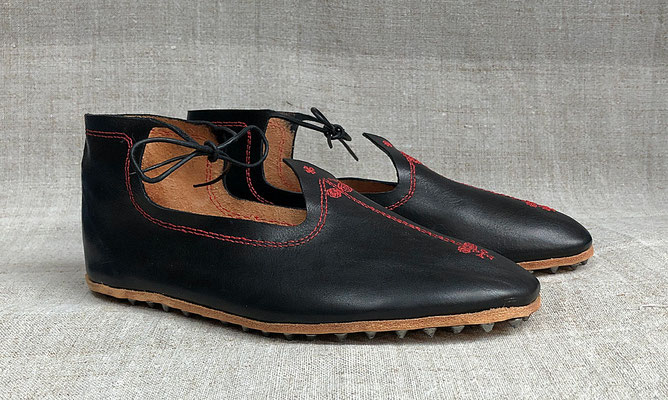 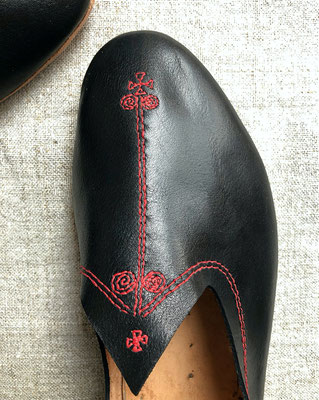 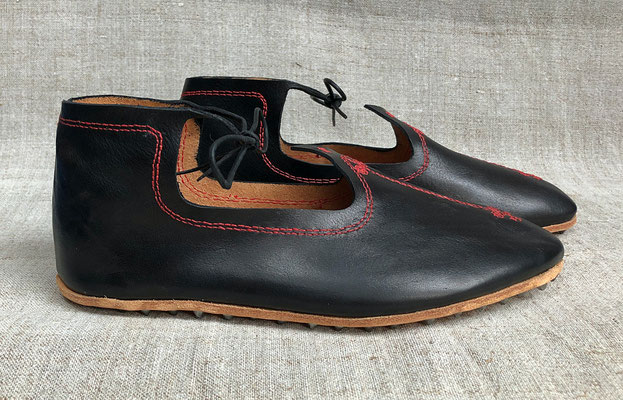 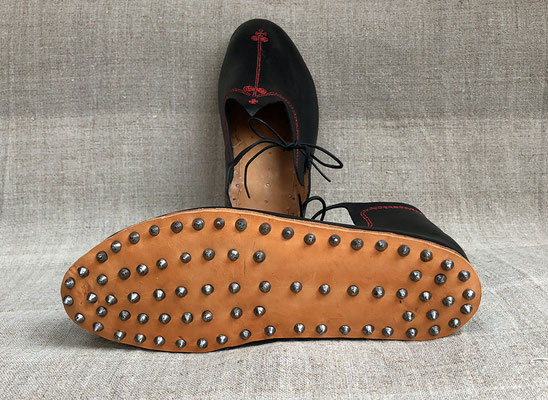