Castleford is the site of a Roman settlement called Lagentium or Legeolium that was home to a Roman fort. A number of shoes (see e.g. the Castleford caliga I also did) and other interesting finds from the late 1st century, both miltary and civilian, comes from the excavations of the site.

The Castleford boots (also known as the Köln type) make for a nice and sturdy pair of military shoes in their simple design. Although not all of the upper survived there is enough left to reconstruct the shoe. Conveniently its sole survived as well, allowing to recreate the original nailing pattern.

Certainly a sturdy boot, as the leather is kind of thick and there's no fancy cut-outs etc. that make for areas with higher potential stress and would therefore be more likely to tear out eventually (although most people underestimate how tough and durable leather can be at any rate). A good simple soldier's boot I'd say. 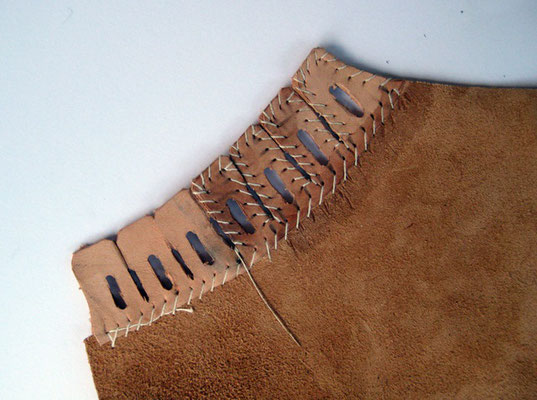 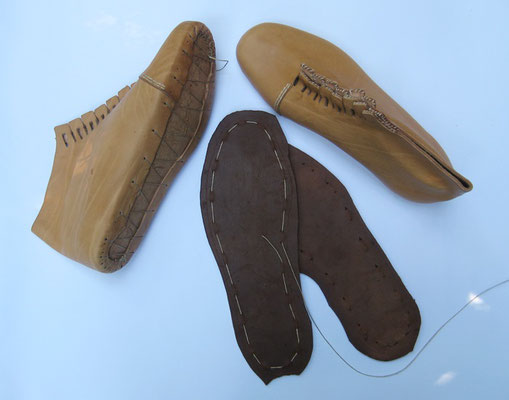 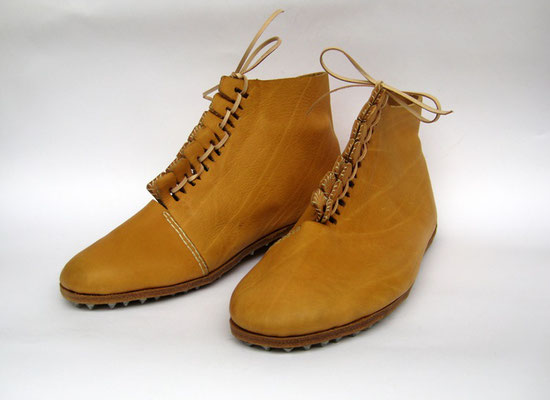 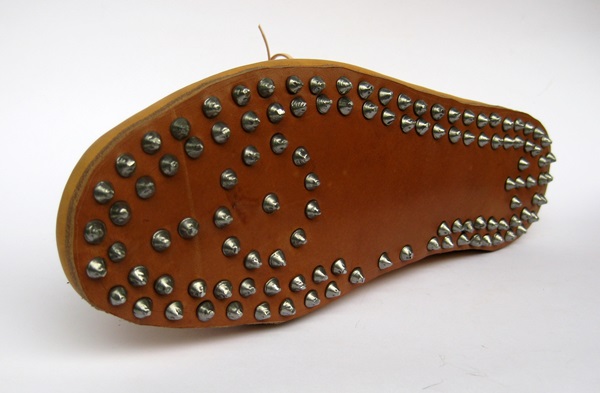 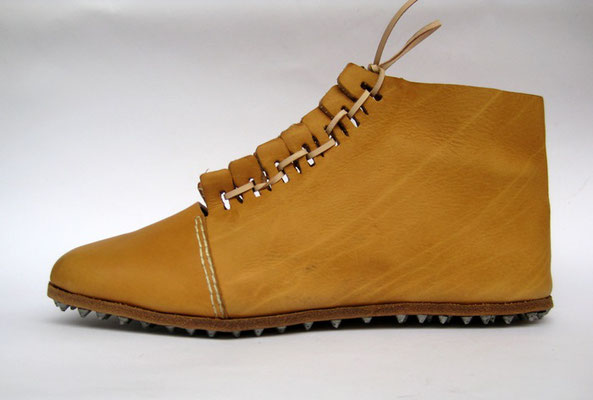 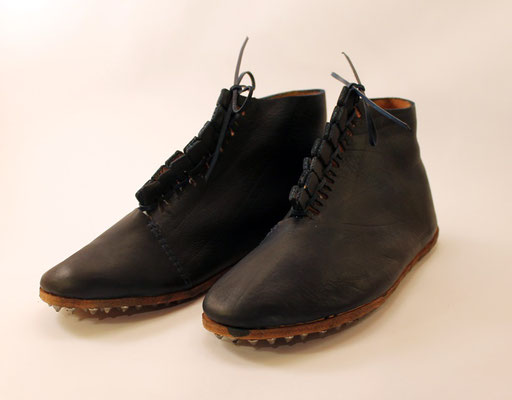