This shoe is built after one of the finds from Deurne in the Netherlands and is dated to the 4th century AD. It is made from a single piece of leather, similar to the so called "carbatinae," but features seams not only at the heel but also at the front of the shoe. No outer sole was attached nor is there any indication of hobnails being used.

There is speculation that these may have been cavalry shoes. On the other hand a similar type of shoe can be seen on the feet of the Portrait of the Four Tetrarchs in Venice, Italy. Whatever the actual use of these shoes was, they represent what seems to have been a shift in style which probably started in the 4th century. These shoes can be characterized by their low cut, which exposes a large part of the wearer's foot. 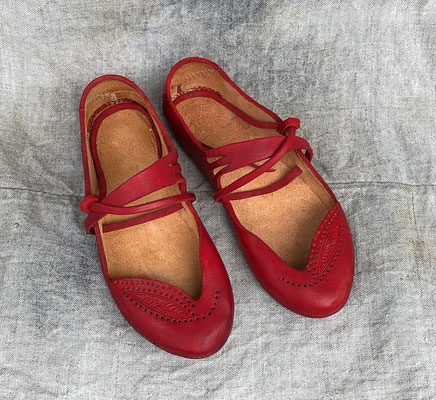 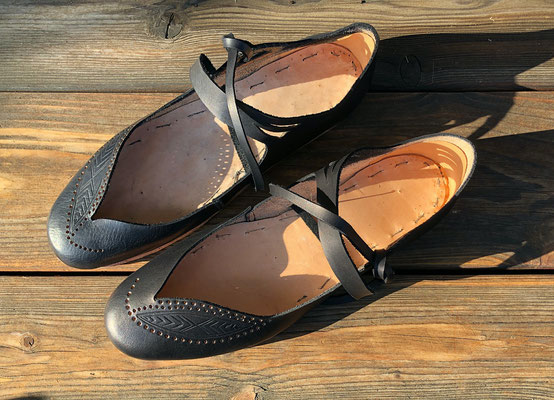 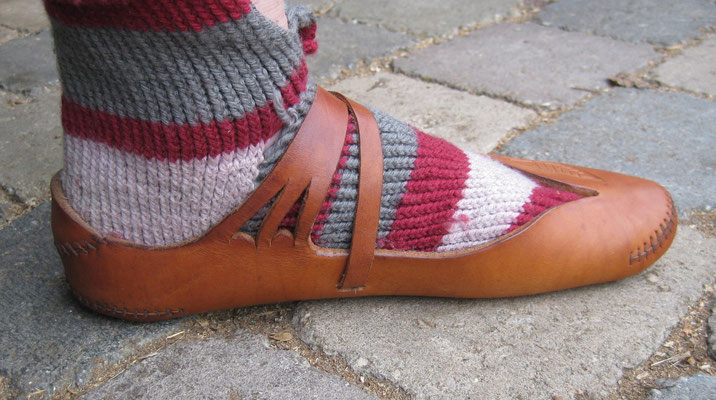 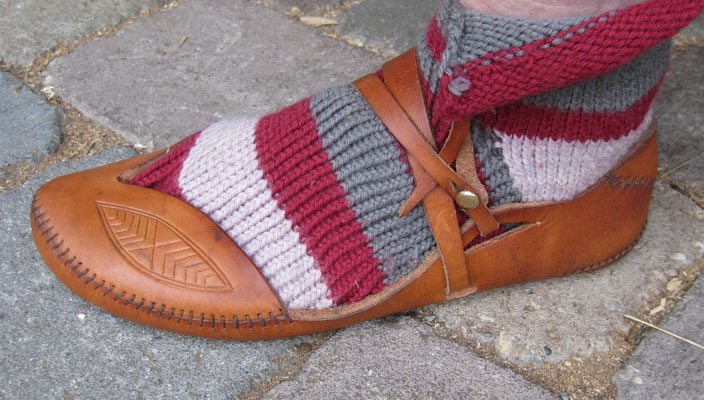 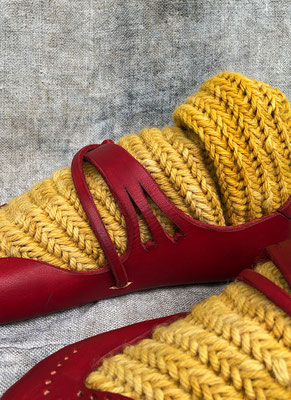 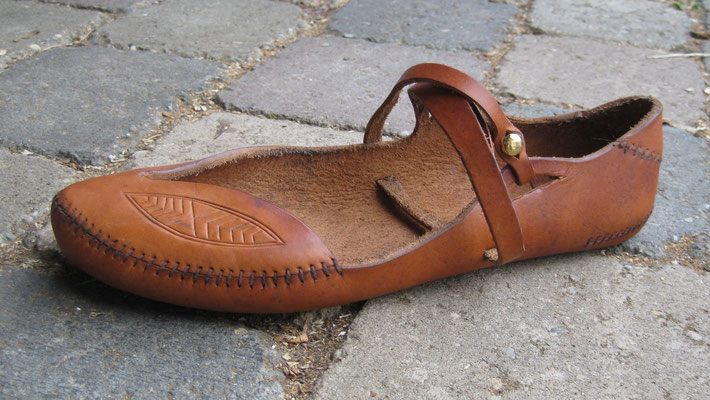