A pair based on finds from Antinoe (also kown as Antinoupolis) and Achmim Panopolis in Egypt. The overall appearance/cutting pattern of the upper is classified by Véronique Montembault as Classe V, Type A (separate laces, compareed to Type B with integral laces). The dating of these finds is vague unfortunately - mostly they come from excavations of the late 19th/early 20th century - but there are similarities to some of the shoes shown on the Probianus diptych, especially the Classe V, Type A. The decoration of the upper comes from a similar find from Achmim Panopolis. Overall I guess they fit a 5th/6th century time frame. 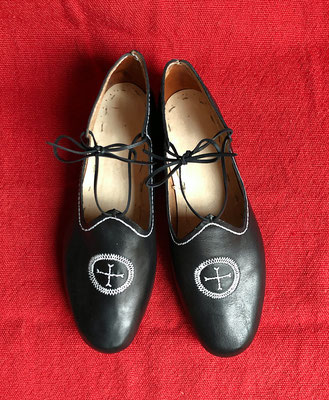 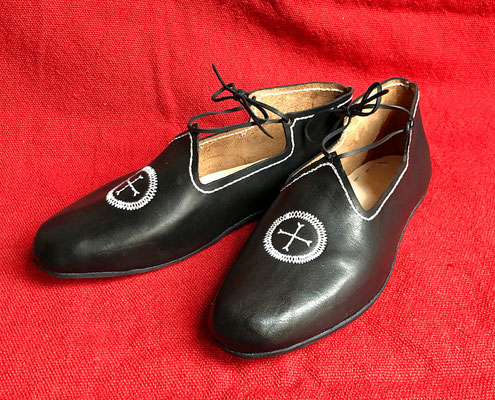 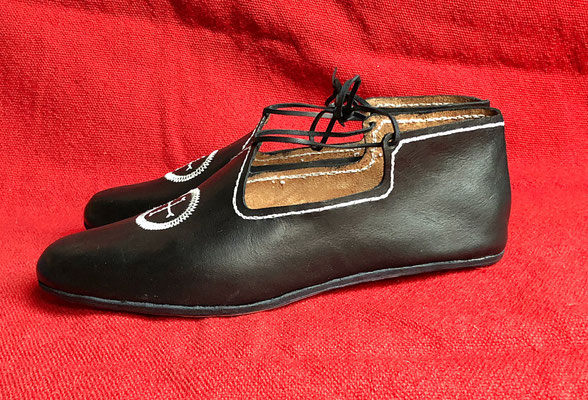