This is a reproduction of the shoes found in the late 1800s in the so-called Tomb D of the Martres De Veyre burials. This burial of a young women is special in that it produced a more or less full set of Gallic clothing including shoes, dated to the late 2nd century AD.

The shoes are of a type also found in several variations in Welzheim, although not as much decorated apparently. The upper is made of goat leather and has a small piece of leather protecting the tip of the shoe and the front part of the seam that closes the upper. The nailing is comparatively light and done in a pattern reminiscent of earlier finds. Internal constructional details are not known, so I chose the at the time widespread method of cross-bracing the upper to secure it before sewing on the outer sole with a blind or tunnelstitched seam. 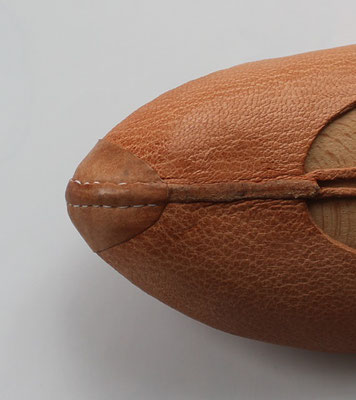 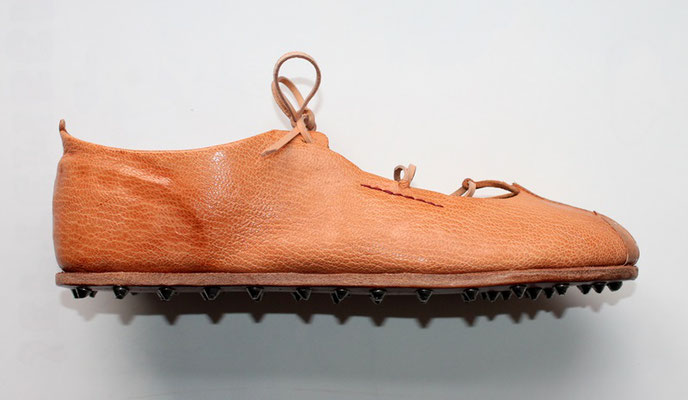 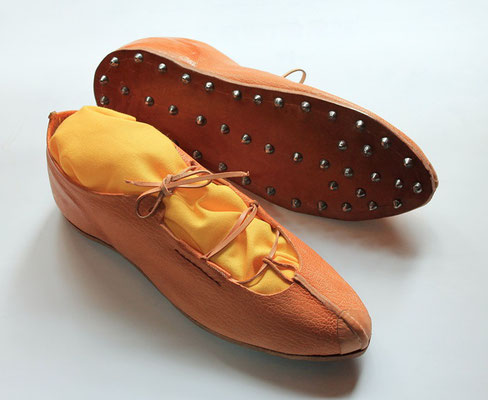 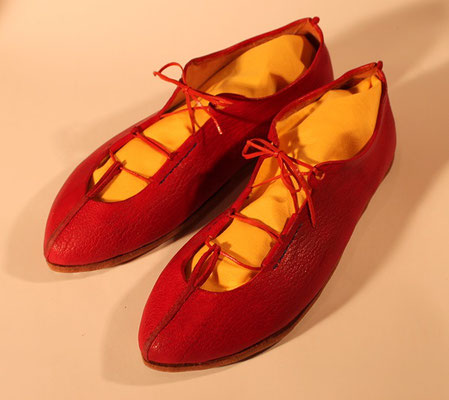 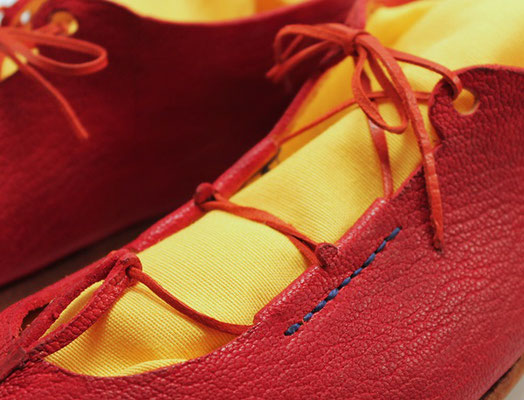 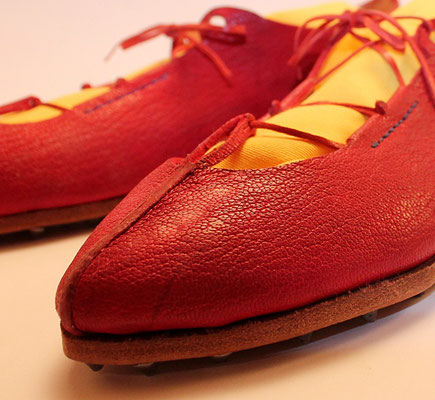 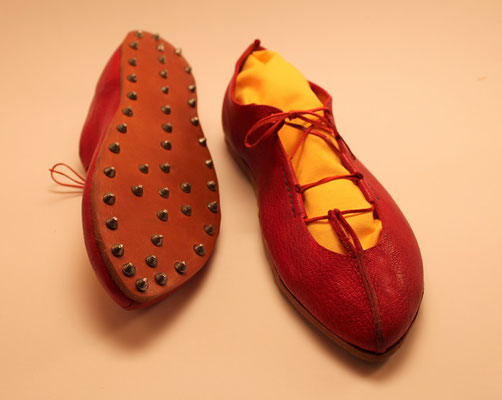