Towards the end of the 1st century AD there was apparently a comparatively shortlived fashion featuring ankle boots with fishnet like decorative patterns covering large areas of the upper. This fashion however disappeared again already at the start of the 2nd century AD as it seems. Similar to the later caligae these shoes also show an asymmetrically cut upper, where the lacing line that is closing the upper runs upwards not in the the center but towards the inside of the foot.

Here a reproduction of a find from Vindolanda (only the upper of the original remains): 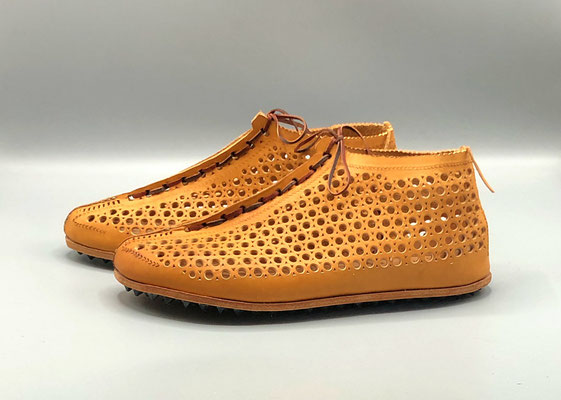 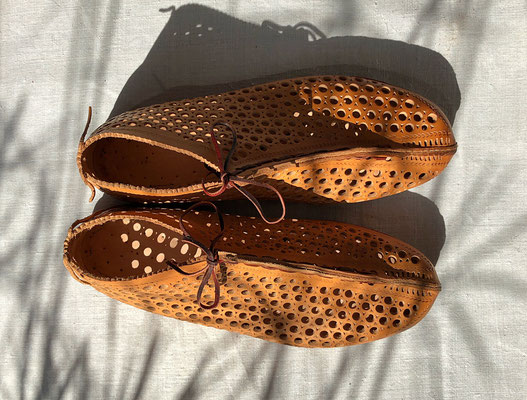 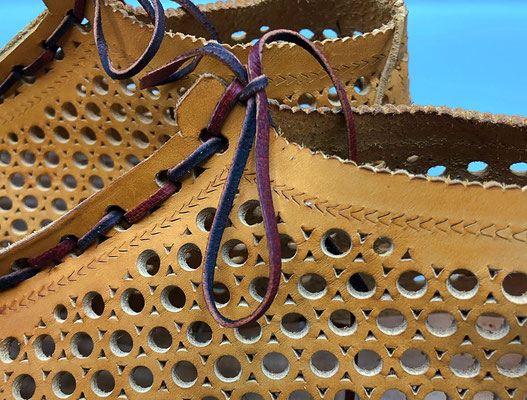 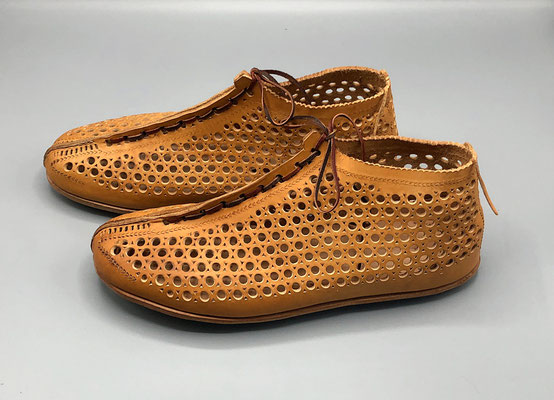 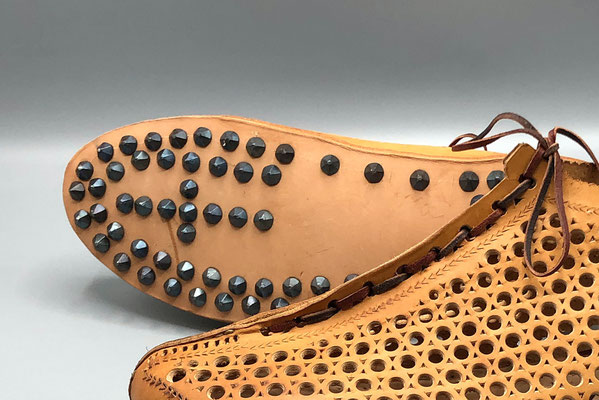 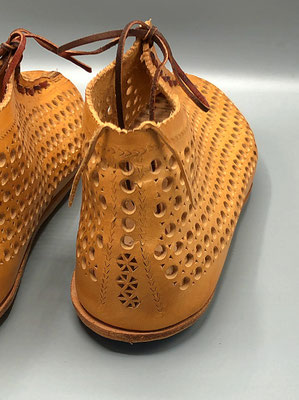