This bronze breast plate was found in Bertoldsheim, Germany, together with the remains of a Roman mail shirt. So far it is the only mail shirt which was fitted out with a 2 piece breast plate. The plate in all probability covered a slit in the mail shirt itself, allowing for a tighter fit of the shirt around the neck when worn.

The plate consists of 2 parts of different size. The single layer larger pannel slips in between the two layers of the smaller pannel. There are no signs of any other kind of closing mechanism, unlike the larger 2 piece breast plates generally thought to have been employed with Roman scale armour. It was attached to the mail shirt by 2 rows of 3 bronze loops each, attached to the back of the plates by brazing.

The decoration is done in repousse technique, further enhanced by engraving, punching and partial tinning. It shows the god Mars, armed with spear, shield and helmet with an eagle above his head. Overall maximum size is 14 x 6,4 cm. The mail shirt is dated to the late 1st to mid 3rd century AD.

The original is now in the Staatliches Museum im Schloss in Neuburg/Donau, together with the remains of the mail shirt itself. 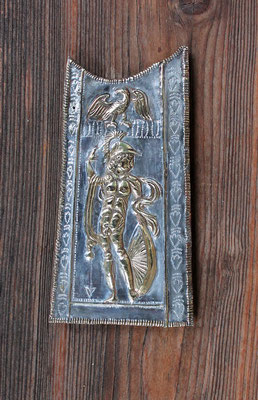 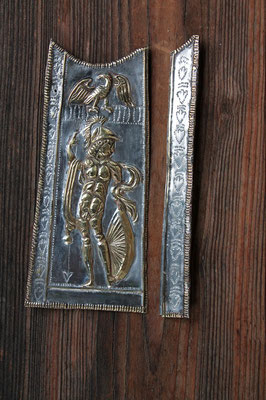 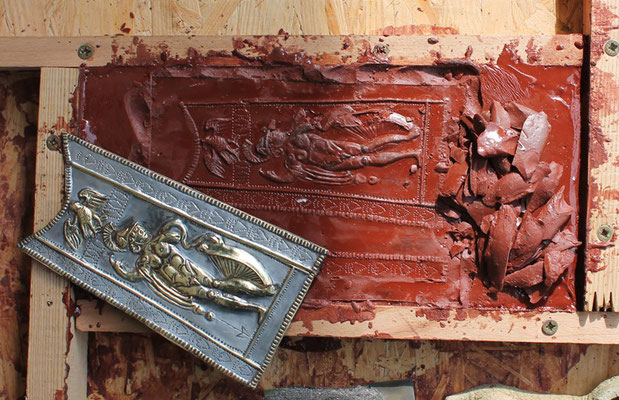 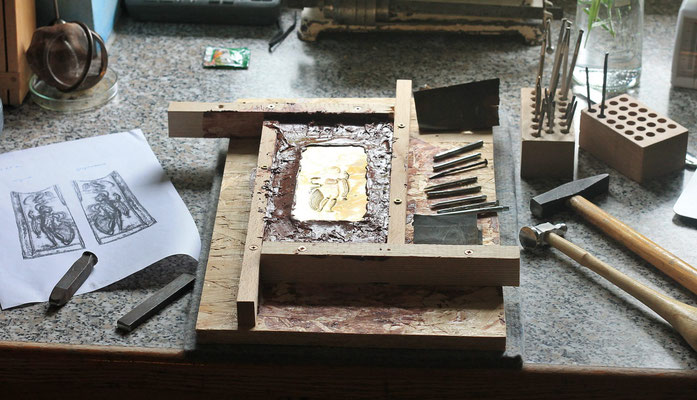 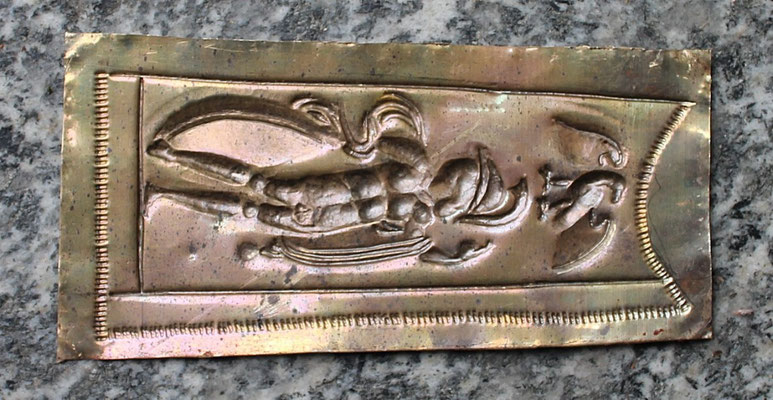