This is a uncommon version of the the well known caliga, the standard boot for Roman soldiers in the 1st cent AD and probably already before that. The major difference is that this shoe lacks the set of straps that fix the caliga to the lower leg just above the ankle and that is is not nailed, although one of the two other specimen that have been found along this one was nailed. It also features less straps than high caligae normally show.

The only finds to my knowlegde so far come from Mainz and most probably date to the early 1st cent AD. It still appears in a civilian context in a relief from Neumagen that is dated to the 2nd half of the 2nd cent AD. 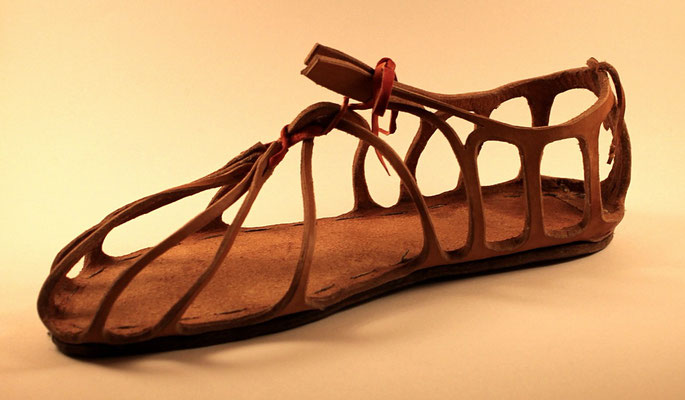 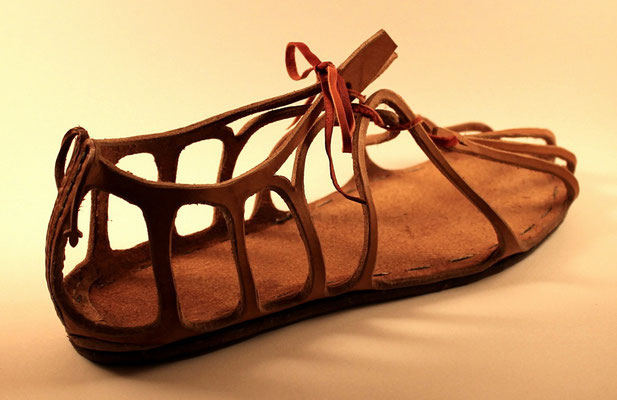 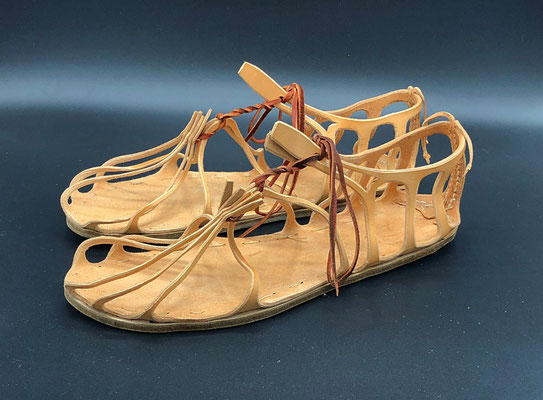 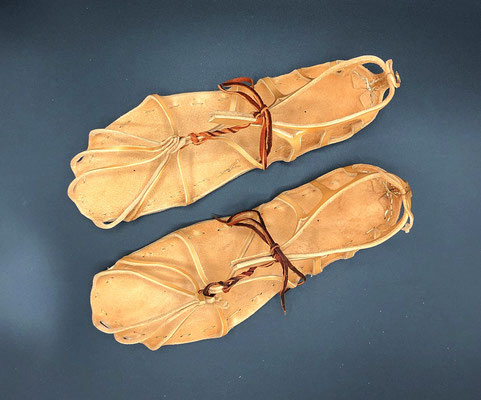 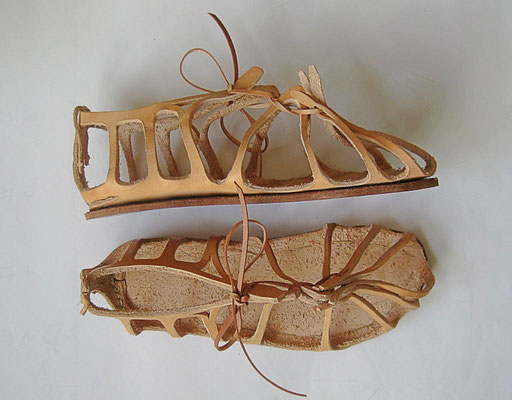 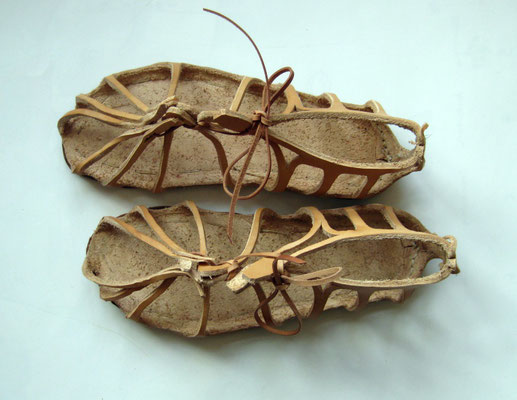