I liked those so-called "Thekenbeschläge" (is there an established English name for those?) since I first saw them and especially this one with the ring-pommel sword and beneficiarii standard incorporated. This may mean that it was once owned by a beneficiarius. The original is massive silver, my reproduction is tinned brass. No traces of the scabbard itself nor of the knife it once held remain. The scabbard form and straight bladed knife (after a find from London) are hypothetical in this combination.

Relatively little is known about this kind of scabbard decoration. It comes into being some time in the 2nd cent. AD. There is only one find together with the remains of a knife with a straight blade but no trace of the scabbard itself, so we do not know what a scabbard would have looked like originally. 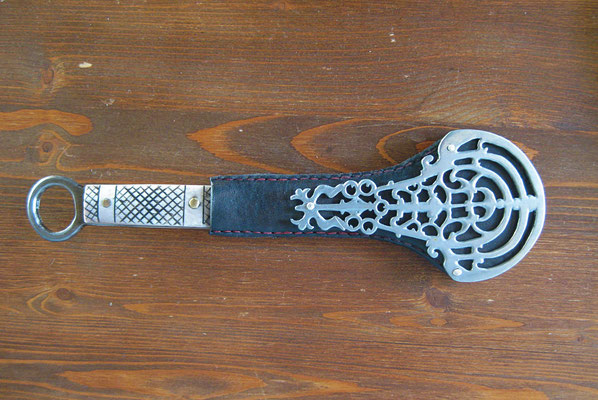 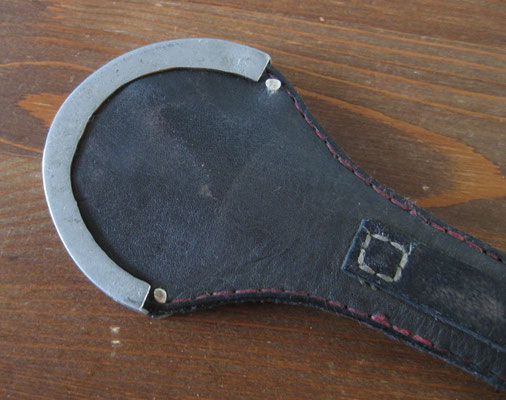