In the 3rd century there seems to appear a new "standard" type of shoe that is remarkable especially for its "integral" lacing, i.e. the laces are part of the upper leather, which again consists of a single piece. The eyelets for the lacing are often strengthened by a second, inner layer. As the soles indicate, pointed shoes are popular. Variants do occur, differing both in height and in how much of the vamp they cover. Some of these also bear decoration in the form of slashings, metal studs or lines.

Generally the construction of this type of shoe stays unchanged compared to earlier types: The shoe is built on a last, the upper is cut out in one piece and closed with a single seam at the front or at the side. The sole consists of three layers normally, i.e. inner sole, outer sole with so called laminae between them. In the 3rd century new, floral nailing patterns come into existence. 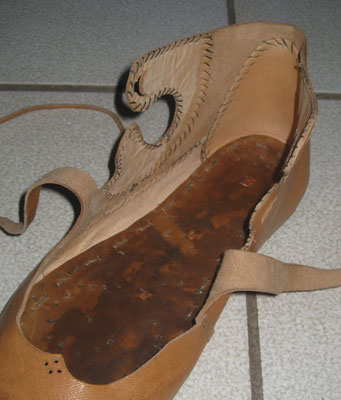 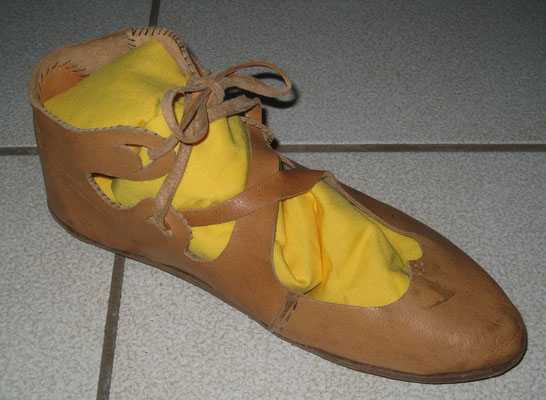 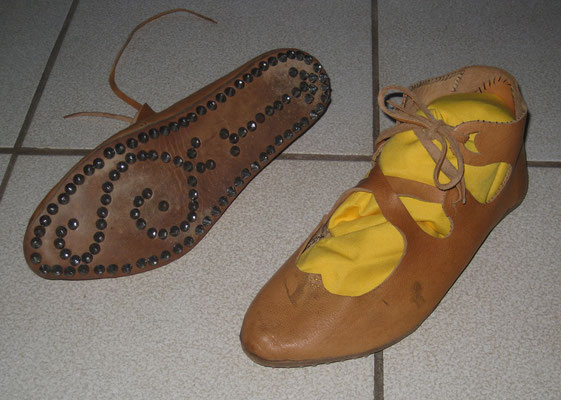 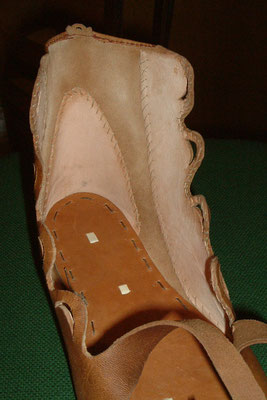 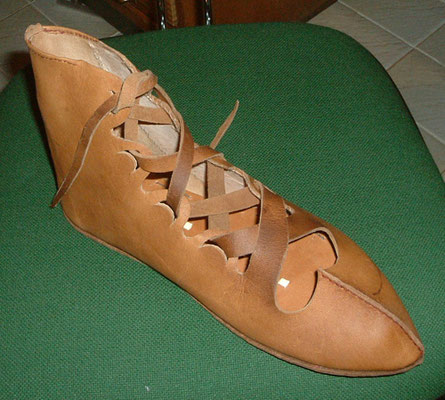 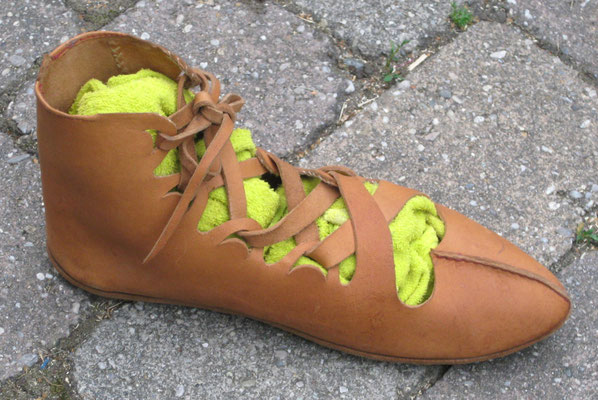 After about 7 years of wear it is interesting to see how the boots changed. Compare the details with the lower 3 pictures above.

Wear wasn't overly extensive, but often in very wet and muddy conditions. Also they were used for reenactment combat a lot, so a lot of movement and stress was on the constructive elements. If you look closely you can also nicely see the impression marks of the laces as they go through the eyelets.

The nails are not much worn, as they were worn on soft ground for the most part. The sole/upper construction of a combination of tunnel stitching and nailing has kept up very well so far as you can see. 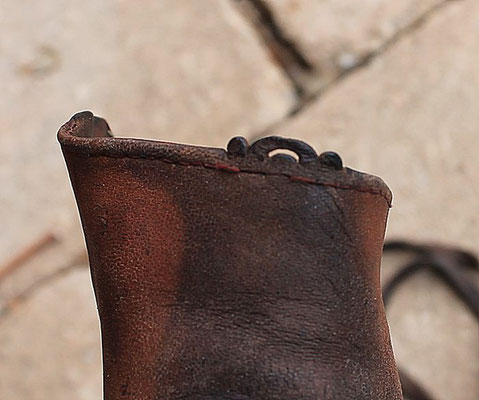 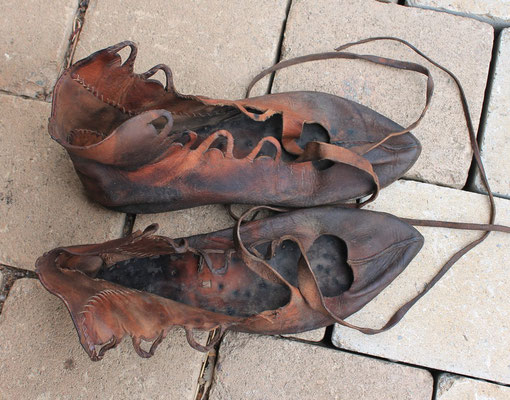 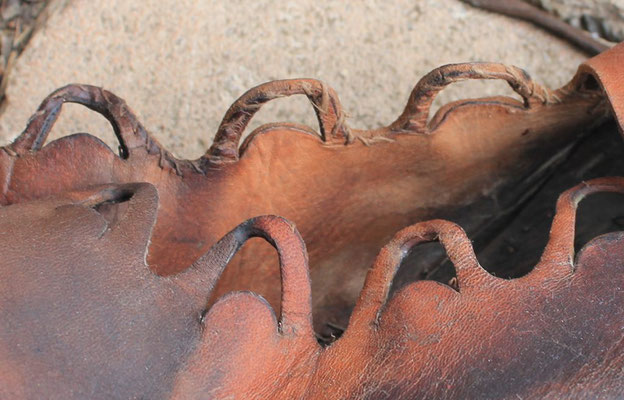 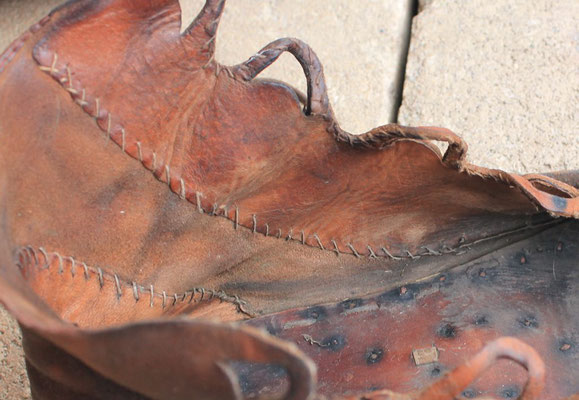 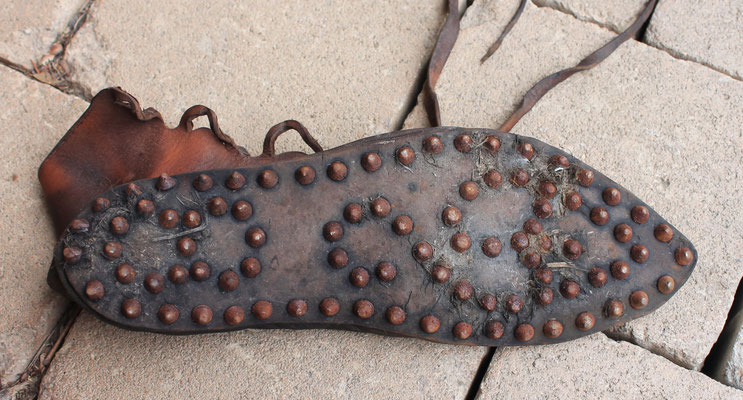