A pair of the Köln (Cologne) find #12, in black and with hobnailing after the original's pattern. One wouldn't guess when looking at them, but the decoration amounts to about 1500 cut-outs! As there a quite a few finds of these shoes with net-like uppers, they must have been quite the rage for shoe fashion in the late 1st/early 2nd century AD. They certainly work well with colored socks. This is my second go at one of those late first century AD Roman shoes with net-like uppers after doing one from Vindolanda many years ago (cf. Vindolanda Calceus), where most of the finds of this style come from. The long row of tabs for lacing the shoe reminds of the much simpler boot from Castleford (cf. Castleford Boot No. 13) but the pattern itself is different. 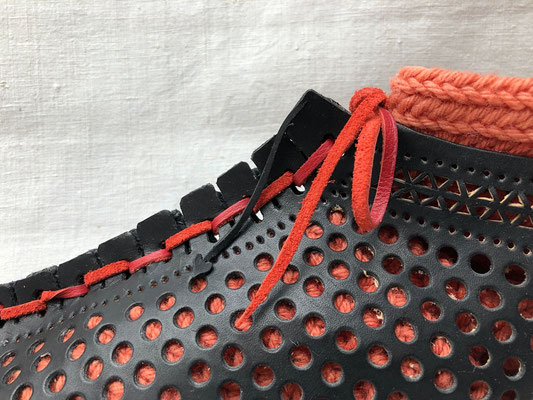 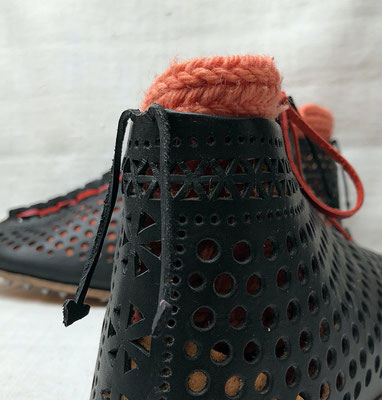 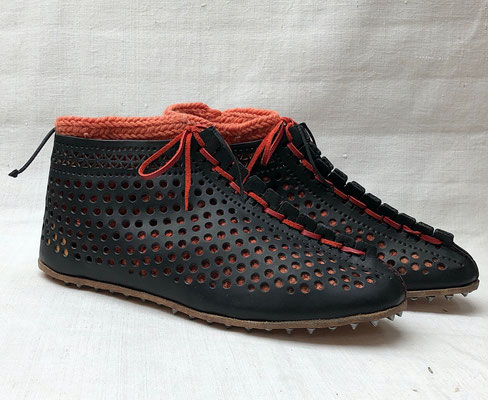 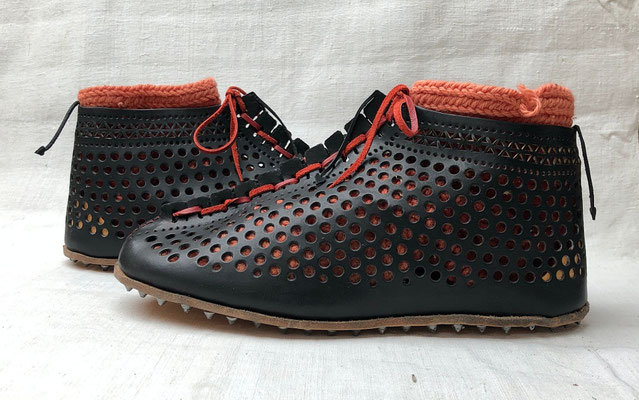 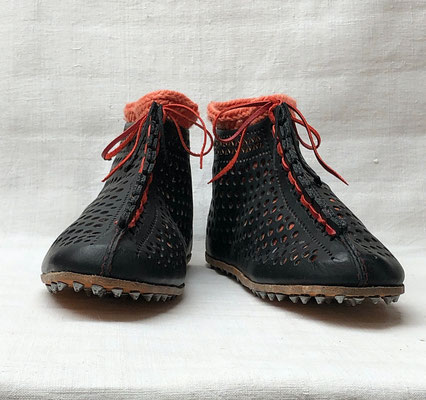 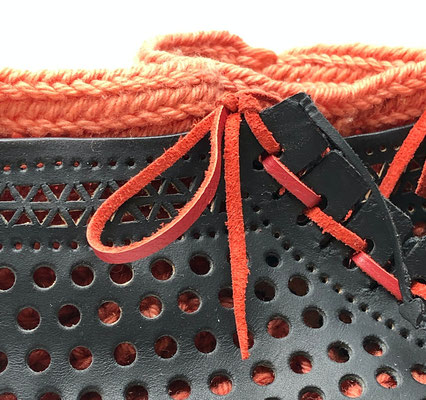 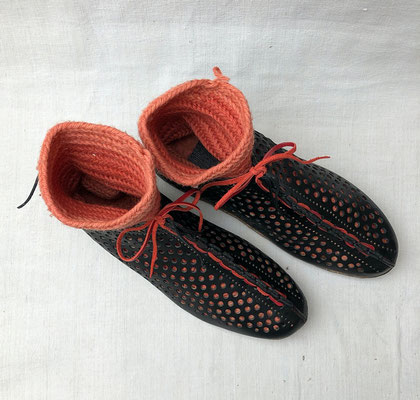